If you are a bereaved parent, and have wanted to gently remind amily and friends what is helpful and what isn’t-sharing a post to Facebook can be a non-threatening way to let them know using someone else’s voice.

“When I asked other bereaved parents to share the things people did that blessed them in the wake of losing a child, I didn’t expect so many stories of extravagant love–of acts surpassing anything I could have thought of or imagined.”

Read the rest:  Extravagant Love: Tales of Friendship and Encouragement After Losing a Child

If you are a bereaved parent, and have wanted to gently remind amily and friends what is helpful and what isn’t-sharing a post to Facebook can be a non-threatening way to let them know using someone else’s voice.

“When Dominic died, I didn’t get a manual on what to do.  I didn’t get an orientation into how to be a grieving parent.  So when some people asked how they could help me and my family, I really didn’t know.”

If you are a bereaved parent, and you have wanted to gently remind amily and friends what is helpful and what isn’t-sharing a post to Facebook can be a non-threatening way to let them know using someone else’s voice.

“The death of any loved one opens a door and forces you to pass through.

You cannot procrastinate, cannot refuse, cannot ignore or pretend it away.

Suddenly, you find yourself where you absolutely do not want to be.  And there is no going back.”

Loving Well in the First Days After Loss

Beginning today and through the next week, I will be sharing again a series of posts written to help those journeying the valley of grief and those walking with them on the journey.  I asked other bereaved parents to share from their experience the things that were helpful and not so helpful to them after losing a child.

Many of these insights are useful for blessing anyone in any difficult situation–we can all use a little help from our friends.

If you are a bereaved parent, and you have wanted to let family and friends know what’s helpful and what isn’t-sharing a post to Facebook can be a non-threatening way to let them know using someone else’s voice.

“No one is prepared to bury their child.

But some of us have to.” 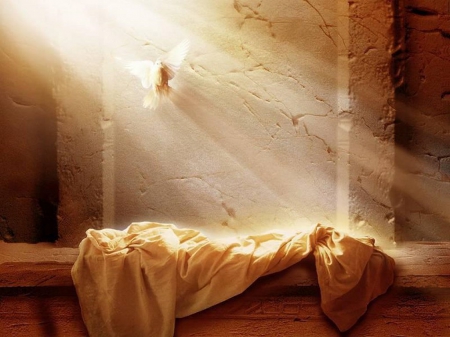 I’m not sure when I first read this quote, but it came to my mind that awful morning.   And I played it over and over in my head, reassuring my broken heart that indeed, the worst had already happened, and been mended.

Christ was risen-the firstfruits of many brethren.

When the Sabbath was over, just as the first day of the week was dawning Mary from Magdala and the other Mary went to look at the tomb. At that moment there was a great earthquake, for an angel of the Lord came down from Heaven, went forward and rolled back the stone and took his seat upon it. His appearance was dazzling like lightning and his clothes were white as snow. The guards shook with terror at the sight of him and collapsed like dead men. But the angel spoke to the women, “Do not be afraid. I know that you are looking for Jesus who was crucified. He is not here—he is risen, just as he said he would. Come and look at the place where he was lying. Then go quickly and tell his disciples that he has risen from the dead. And, listen, he goes before you into Galilee! You will see him there! Now I have told you my message.”

Dominic had closed his eyes on earth but had opened them in Heaven-never to close them again.

My son’s body was here, but he was THERE-with our Risen Lord.

A few years ago, our church choir sang this song for Resurrection Sunday.  At the time, a very dear friend, a faithful follower of Jesus, and a beautiful, grace-filled lady was about to meet Jesus.  I sang this with tears streaming down my face, because I imagined her running, healed and whole, to the arms of her Savior.

Now, I can barely make it through just reading the words-because I see my son there as well.

“I Will Rise” by Chris Tomlin

[Chorus:]
And I will rise when He calls my name
No more sorrow, no more pain
I will rise on eagles’ wings
Before my God fall on my knees
And rise
I will rise

Listen here:  I Will Rise by Chris Tomlin

So how does this broken-hearted mama face a new day?

How do I wait with hope while longing for that heavenly reunion?

I remember my affliction and my wandering, the bitterness and the gall. I well remember them, and my soul is downcast within me. Yet this I call to mind and therefore I have hope: Because of the Lord’s great love we are not consumed, for his compassions never fail. They are new every morning; great is your faithfulness. 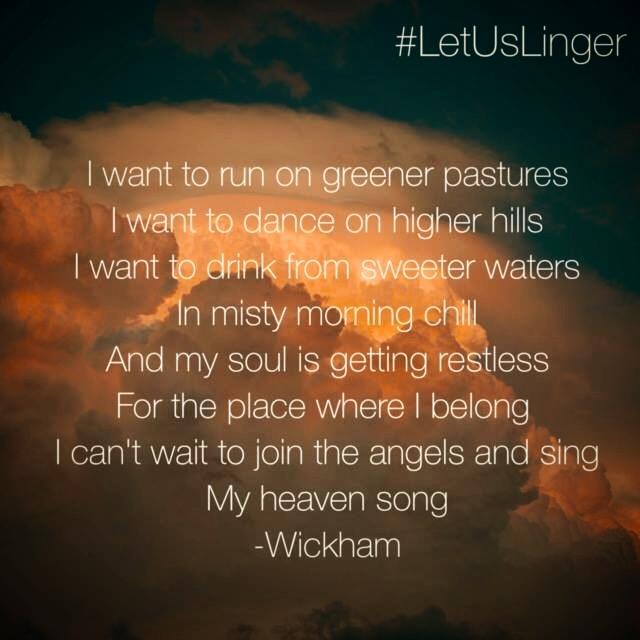 It is tempting to forget that there were three long days and nights between the crucifixion and the resurrection beause the way we observe this season rushes us past the pain to embrace the promise.

But it’s not hard for me to imagine how the disciples felt when they saw Jesus was dead.  It was neither what they expected nor what they prayed for.

There were many points in the story when things could have gone a different way:

At every turn, every expectation they had for a “happy ending” was dashed to the ground.

But here they were:  Jesus was dead.  His body was taken hurriedly to a tomb.  And they were hiding, praying-fearful they might be next.

There is a popular church saying:  “It’s Friday….but Sunday’s coming!”

Meant to be comforting and encouraging, it can also be confusing and condemning.

Because there are many people who will live their lives on this earth between Friday and Sunday.  They will live out their years, wondering just what Jesus is doing, why He didn’t act in ways they expected and exactly when they will receive the fullness of His promises for abundant life.

Here I am: my son is dead.  It is certainly not what I expected.  It’s not how I thought God would honor my prayers of safety and long life for my children.

Yes, I live on the other side of the Resurrection-I know the end of the disciples’ vigil-I am convinced of the empty tomb, the ascended Lord and my Great High Priest’s intercession at the right hand of the Father.

I live in the space between “it looks like everything has gone horribly wrong” and “Hallelujah!”.

It is painful.  It is hard.  And it will last for a lifetime, not just a few days.

I am thankful for the resurrection, and I live each day longing for Christ’s return.  But my heart hurts in the meantime, my arms ache to hold the child I love.

So be patient with me if I  cry harder when singing the hymns of heaven.  And be gentle when reminding me of my hope in Christ.

I am living between pain and promise and waiting desperately for Sunday.

There is a nice symmetry in this: Death initially came by a man, and resurrection from death came by a man. Everybody dies in Adam; everybody comes alive in Christ. But we have to wait our turn: Christ is first, then those with him at his Coming, the grand consummation when, after crushing the opposition, he hands over his kingdom to God the Father. He won’t let up until the last enemy is down—and the very last enemy is death! As the psalmist said, “He laid them low, one and all; he walked all over them.” When Scripture says that “he walked all over them,” it’s obvious that he couldn’t at the same time be walked on. When everything and everyone is finally under God’s rule, the Son will step down, taking his place with everyone else, showing that God’s rule is absolutely comprehensive—a perfect ending!

“On the one hand Death is the triumph of Satan, the punishment of the Fall, and the last enemy. Christ shed tears at the grave of Lazarus and sweated blood in Gethsemane: the Life of Lives that was in Him detested this penal obscenity not less than we do, but more.
On the other hand, only he who loses his life will save it. We are baptized into the death of Christ, and it is the remedy for the Fall. Death is, in fact, what some modern people call “ambivalent.” It is Satan’s great weapon and also God’s great weapon: it is holy and unholy; our supreme disgrace and our only hope; the thing Christ came to conquer and the means by which He conquered.”

Bury a child and suddenly the death of Christ becomes oh, so personal. The image of Mary at the foot of the cross is too hard to bear.

I trusted Jesus at an early age and I have lived my life beneath the shadow of the wings of the Almighty God.

But I never-not really-grasped the horror of the crucifixion until I watched as my own son’s body was lowered in the ground.

We should hate it-we should long for the day when its black arms no longer claim victims. It reminds us that this world is not what it was created to be.

But one death is also beautiful.

The Lamb slain before the foundation of the world.

Jesus’ willing obedience to suffer in my place made Him the one and only perfect sacrifice, sufficient for eternity to make relationship possible with His Holy Father.  I can come boldly before the heavenly throne, because I come by His blood.

Good Friday–“good” because now we know that Jesus didn’t stay dead. Good because we know that through His death, burial and resurrection, those who trust in Him have everlasting life.  Good because Christ’s death conquered the power of death.

Don’t rush past this remembrance of the price paid for our rebellion.

Don’t tick off the hours and neglect to embrace the cost of Christ’s compassion.

Don’t fail to linger at the foot of the cross, looking up into the eyes of Love.

Mercy and truth are met together; righteousness and peace have kissed each other.