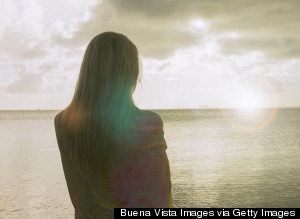 I usually refrain from commenting on current headlines.

I’m not a fan of inflammatory social network back-and-forth.

And I’m pretty sure that if this post is circulated outside my typical readership, someone will react badly to what I say.

But I believe I can offer some perspective that might be missing from the voices yelling at each other over the recent sad incident at the Cincinatti Zoo.

So here it is:  I have buried a child.

I know exactly what that mother and father would have faced if their child had been the one taken out of the enclosure lifeless.

And while I am deeply saddened by the loss of a beautiful, majestic and endangered gorilla, my heart cannot make peace with the idea that there was any other option than to secure the safety of that child.

I rescue spiders and moths and take them outside.  I step over worms and beetles.  I grow flowers for butterflies and feed the hummingbirds.  I don’t use pesticides on my yard.  I don’t kill snakes.

I respect life in all its forms.

Sometimes we are left with hard choices that have to be made in a very short time.

Animals, especially endangered animals, get a lot of press these days.

Internet websites, videos on Youtube, traditional news outlets and glossy print magazines splash beautiful and moving pictures across our computers, phones and television screens.  I’m thankful that the hearts of humans are turning from exploitation to conservation.

And I’m glad there are programs like the one at the Cincinnatti Zoo working to save species that are otherwise headed for extinction.

The death of a child rarely gets the same attention.

Unless the death is the result of a sensational act of violence or a media-worthy accident, children die every day with only an obituary mention in a local newspaper.

So I understand the outrage generated by Harambe’s death.

And I understand how even parents of young children who have never buried a child could entertain the notion there was “some other option”.

But if we covered the stories of families who have lost children with the same zeal and creative journalism as we do the lives and deaths of endangered animals, that would change.

If the despair, heartbreak, brokenness and utter horror of bereaved parents’ lives were on display like the sickening piles of poached elephants and rhinos then at least we could have a discussion that was more informed and even-tempered.

Because it doesn’t matter whether or not that child’s parents looked the other way or should have known-once the child was in the enclosure and at the mercy of a gorilla, a choice had to be made.

We can all second guess whether this or that could have been done.

But if it were your child, I don’t think you would be guessing.

And from the heart of a mother who can only visit her son at the cemetery, I’m not guessing either.