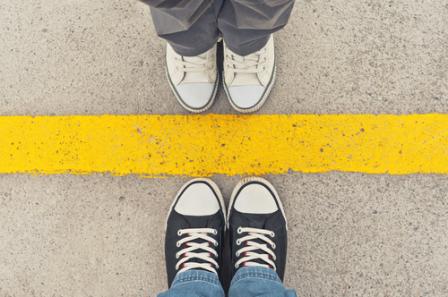 I do not believe that in offering genuine forgiveness I am required to again submit myself to another person’s hurtful or sinful behavior.

I do believe that forgiveness releases that person from past offenses against me but it does not release them to continue to wound my heart.

And I will stand up any time, anywhere and defend my. right to create healthy boundaries between my heart and someone who has proven, time and again, that they intend to do just that. 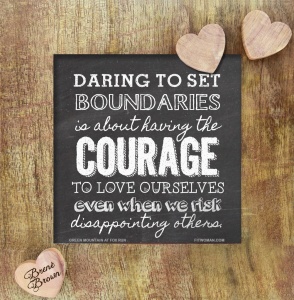 It means that I can call, write or tell someone that I truly forgive them for whatever pain they have caused me in the past.  That frees MY heart.

But if that person refuses to change his or her behavior, I am not obligated to allow them close enough to hurt me again.

It is NOT proof of an unforgiving heart to set up healthy boundaries.

I can be polite.  I will refuse to spread malicious gossip about them and not continue to talk about the old wounds for which I’ve forgiven them.

When my heart tries to resurrect the forgiven offenses, I will remind it that those are no longer relevant.  I will not let bitterness overtake me.

There’s a compelling and beautiful anecdote about Corrie Ten Boom and forgiveness:

After WW II, Corrie traveled Europe speaking on the grace of God found even in Ravensbruck, the concentration camp where she was imprisoned and in which her sister died.

After one such talk, a German man came up to her and mentioned that he had been a guard at that camp.  Corrie recognized him though he, of course, did not recognize her.

He thanked her for what she shared and put out his hand to shake hers.  At that moment, she knew what she SHOULD do, but she did not want to do it.  She did not want to touch this man’s hand and offer forgiveness for what many felt was utterly unforgivable.

But God convicted her heart and in obedience she extended her hand.  She speaks of how she felt the Lord’s love and forgiveness wash over her and flow through her when she acted in obedience.

She never saw him again.

But for many of us, we continue to see and rub shoulders with the ones who have wounded us.

And if Corrie had again been forced into a concentration camp, she would not have been wrong to go kicking and screaming.

Forgiving that German guard did not excuse what he had done nor did it mean that if he was intent on repeating it that she (or anyone else) had to simply go along. 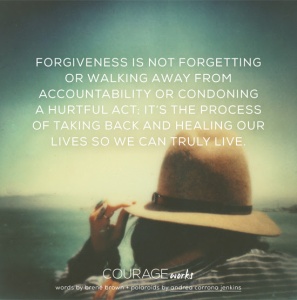 That’s neither wise nor helpful.

And they do not mean you haven’t forgiven someone.

2 thoughts on “Forgiveness and Healthy Boundaries”