This past weekend was an emotional one.

My deployed son began his trek back home to his wife and newborn son.

My youngest son went on the bachelor trip with his soon to be brother-in-law and was incommunicado for almost 72  hours which always makes me nervous.

My daughter’s wedding is only a few weeks away and there is so much to do. Fun things.  Things I want to do. 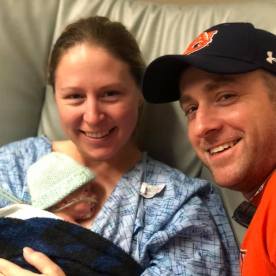 It was the fifth anniversary of Dominic’s death and funeral.

And I couldn’t stop.

How in the world can it be five years?  I can’t explain it to anyone who hasn’t buried a child. But I keep trying.  The giant chasm between what I thought life would be like and what it actually turned out to be is so wide that it’s impossible to comprehend.  I’m living it and I can’t comprehend it.

I am trying so, so hard to participate.

I’m working at keeping grief at bay and leaning into the life I have without constantly comparing it to the life I thought I would have or the life I wanted instead.  I’m purposing to keep my expectations low so I won’t be disappointed.

But it’s not working.

I think I’m just at the end of my personal resources.  I think I’ve exhausted any reserve I might have had.  I’m leaning into Truth and holding onto the hem of His garment.

I know it won’t always be this way.

The tears will dry up.  They always do.

Tomorrow is a new day. 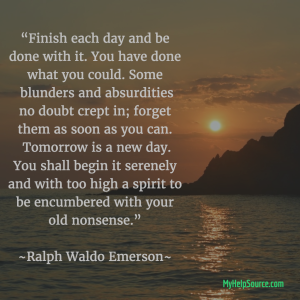