It’s tempting when wounded to build walls to try to protect your heart.

Who wants to invite more pain when already carrying a load?

But the wall I build for protection keeps EVERYTHING out-love, grace, mercy and hope as well as heartache.

To love at all is to be vulnerable. Love anything and your heart will be wrung and possibly broken. If you want to make sure of keeping it intact you must give it to no one, not even an animal. Wrap it carefully round with hobbies and little luxuries; avoid all entanglements. Lock it up safe in the casket or coffin of your selfishness. But in that casket, safe, dark, motionless, airless, it will change. It will not be broken; it will become unbreakable, impenetrable, irredeemable. To love is to be vulnerable.

So I choose to let the walls fall.

I choose to let it all in and take the risk.

I will stay soft,

In the aftermath of loss, relationships suffer.

Sometimes it’s because of harsh words exchanged in the heat of emotional moments.

Days and weeks and months pass and one day we wake up and realize that a previously close relationship is now distant and strained.

I know that in my grief I have felt abandoned by people I felt sure would stand with me, would never leave me, would be my most stalwart encouragers.

And I know, too, that I have shut some people out.  Some were too chipper or too quick to offer platitudes and others just seemed intolerant of my ongoing pain and sorrow. Walls have been erected.

My heart sectioned off and my world divided into “us” and “them”.

Walls between people are built brick by brick.

A word spoken or not spoken.  A call,  text  or message misinterpreted or mistimed.

But they can be brought down with one blow.

Grace is a wrecking ball that breaks through walls and stone cold hearts.

Grace given and grace received.

A call, a text, an email or message that says, “I’m thinking of you.  I’m sorry I haven’t been in touch.”

Or a card sent the old fashioned way filled with love to assure a wounded heart that it is not abandoned or forgotten. 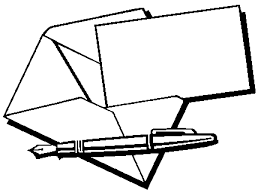 It may not be easy and it might take several attempts.

But in the end, who can refuse extended arms and an open heart?