I first shared this post in 2018 when I was approaching the four year milestone of Dominic’s leaving for Heaven.

By that time most folks who knew me when he died had relegated that part of my story to some ancient past that surely I was over by now. I’d met others who had no clue my heart skipped a beat on a regular basis because one of my children was buried in the churchyard down the road.

And even the closest ones-the ones I thought would understand forever-were sometimes impatient with my ongoing refusal to leave Dominic behind and be “healed” of my grief.

I was reminded of it recently when several bereaved parents shared some painful grief attacks suffered around the holidays even though it has been years or even decades since their child ran ahead to Heaven.

Truth is, I will never be fully healed on earth from the awful wound of child loss. I continue to be subject to the sharp stab of missing and longing that drags my heart back to the first devastating moment.

And when that happens, I can’t fake it.

What I long for more than anything as the ninth anniversary of his departure draws near is simply this: Let me be me, whatever that looks like.

So please don’t try to fit my journey into your mold.

Even in the very first hours after the news, my brain began instructing my heart, “Now, try to be brave.  Try not to disappoint people.  Try to say the right thing, do the right thing and be the example you should be.”

Read the rest here: Can I Just Be Me?

Some of us enter trembling through the door of a new year.

This last year wasn’t so good and our hearts are broken.

What if the next year is worse?  How will we manage?  Where can we hide from bad news, bad outcomes, disastrous trauma?

So here we are, bravely marching in, hanging on to hope and begging God for mercy.

We are surrounded by hurting hearts. When one of them turns to you and bravely holds out her pain, accept it as an offering.

An offering of trust, friendship and vulnerability.

We’ve all been there-we ask a routine question and someone refuses to play the social game.

We say, “How are you?” and they answer honestly instead of with the obligatory, “I’m fine.  You?”

Suddenly the encounter has taken an unexpected turn.

It can end badly-both of you walking away uncomfortable and wary.

Read the rest here: How To Respond When Someone Shares Their Pain 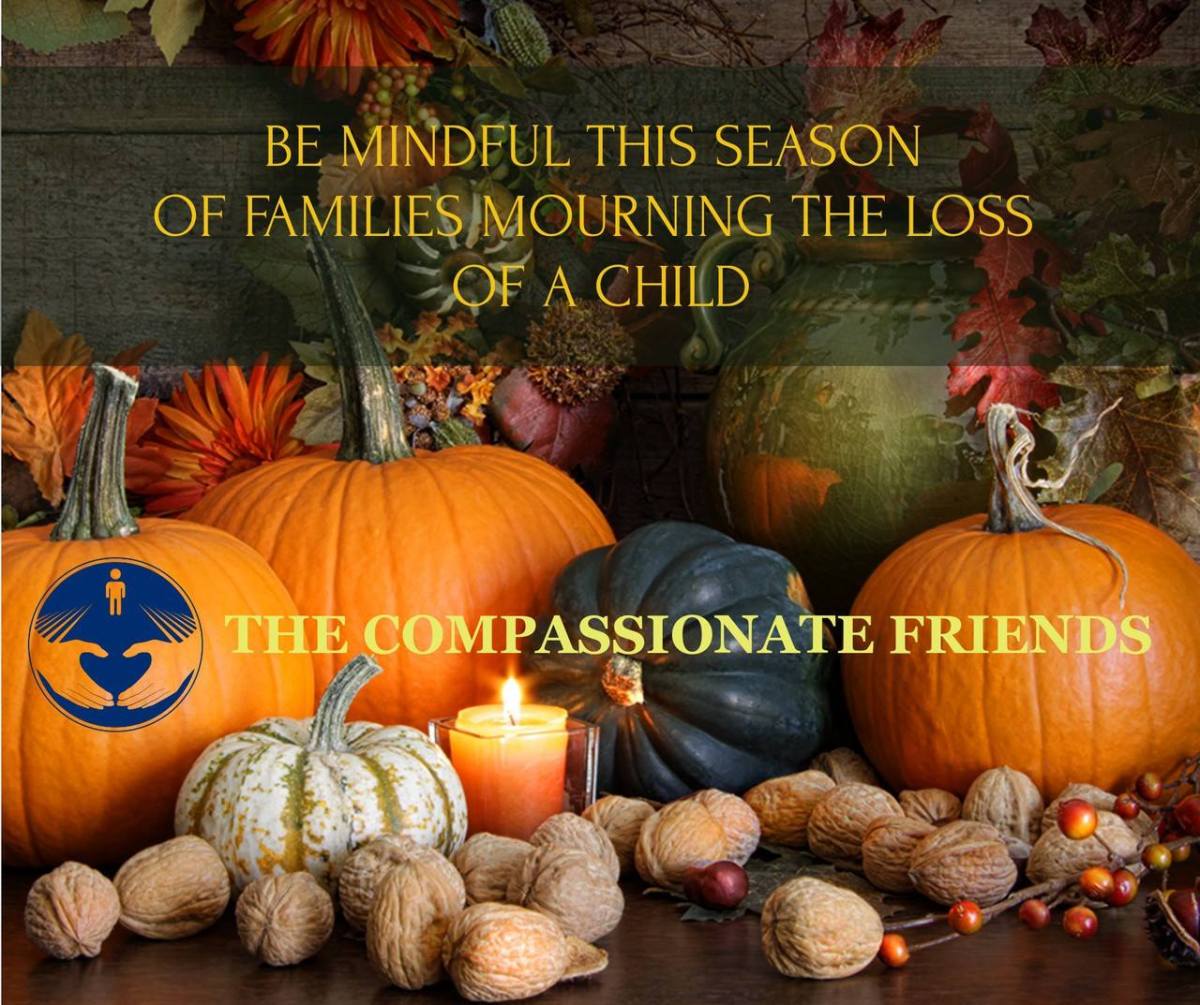 Thanksgiving is only a little over a week away and I know many are making final plans and preparations to gather family and friends around the table.

In the rush toward celebration, please don’t forget those in your circle who have suffered loss.

The past years (!) have prevented or limited many of the ways we publicly gather and mourn so it’s easy to overlook that some families are facing their first set of holidays without a loved one.

Even the second or third Thanksgiving with an empty chair is unbelievably hard.

Here are some helpful ideas to get you started.

We are all on a journey through life and each carry some sort of load.  Mine is child loss.  Yours may be something else.

We can help one another if we try.

Love and grace grease the wheels and make the load lighter.

Here are ten ways to love a mourning heart at Thanksgiving:

Read the rest here: Ten Ways to Love a Mourning Heart at Thanksgiving

It’s tempting to avoid someone when their world is dark.

It’s uncomfortable to choose to enter their pain.  But Jesus has called us to walk beside the suffering, to encourage the disheartened and to lift up the ones who stumble.

There are no magic words to erase heartache.

And isn’t that why Jesus came?

Read the rest here: The Power of Presence

I have so much more empathy for older folks since Dominic ran ahead to Heaven.

I’ve always tried to be a patient listener when hearing that same story over and over and over but have to admit that sometimes I’d drift off or internally mock an elder because I was tired of hearing it.

Because I understand now that it’s in the telling that one both commemorates and honors people as well as the past.

Read the rest here: I Need To Tell The Story (Even If You’ve Heard It Before) 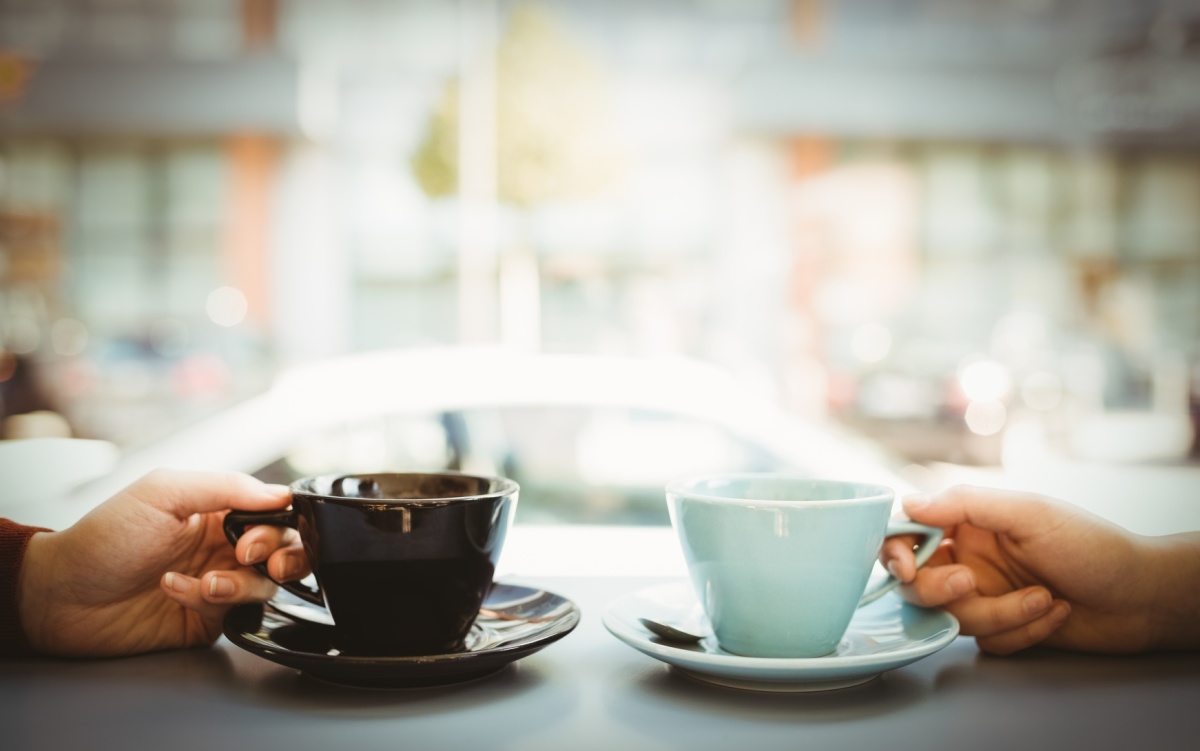 We all know how it is-you move, you lose an address or phone number, you lose touch.

But sometimes friendships end more abruptly-not because lives drifted apart but because one person became so uncomfortable she chose to walk the other way.

That’s what happens so often the other side of child loss.  Friends disappear because loss makes them profoundly uncomfortable. 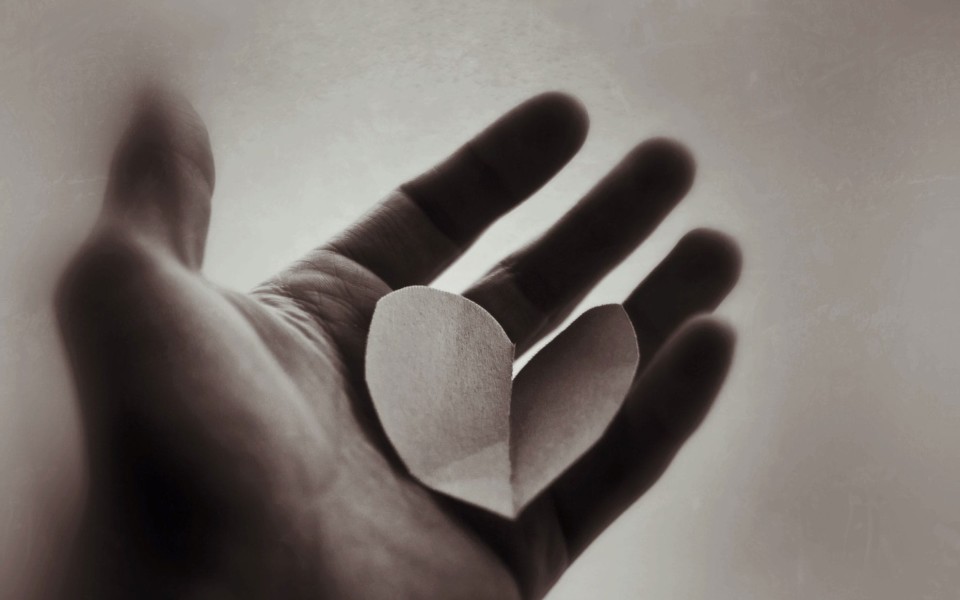 When someone invites you in and serves up her deepest pain along with the coffee it might feel like a trap or a burden or a bother.

But it’s actually an act of great respect and trust.

I have learned so much since that day when Dominic left us suddenly for Heaven.

Some of the things I know now are things I wish I didn’t know at all.

Read the rest here: So What SHOULD I Say or Do For My Grieving Friends or Family?

Most of us spend our days in smaller ways.

And we often feel like our tiny efforts create barely a ripple in the giant ocean of human experience.

But I’m here to tell you that you don’t have to be brilliant, rich, beautiful or perfect to make a difference in someone’s life.

All you have to do is care.

Read the rest here: Making a Difference is Easier Than You Think