We are surrounded by hurting hearts. When one of them turns to you and bravely holds out her pain, accept it as an offering.

An offering of trust, friendship and vulnerability.

We’ve all been there-we ask a routine question and someone refuses to play the social game.

We say, “How are you?” and they answer honestly instead of with the obligatory, “I’m fine.  You?”

Suddenly the encounter has taken an unexpected turn.

It can end badly-both of you walking away uncomfortable and wary.

Read the rest here: How To Respond When Someone Shares Their Pain

Every autumn I hear the geese overhead and I think about how all that honking serves only a single purpose:  to remind the stragglers they are headed in the right direction.

It speaks courage to my own heart as I remember that not only does the leader call out to those behind, but that each bird takes a turn at the head of the line so that the others can rest a bit.

What  beautiful picture of how life SHOULD be.

Read the rest here:  Of Flying Geese and Calling Courage!

I have learned so much since that day when Dominic left us suddenly for Heaven.

Some of the things I know now are things I wish I didn’t know at all.

Read the rest here: So What SHOULD I Say or Do For My Grieving Friends or Family?

I cling fast to words that speak aloud what I’ve only thought.

I collect sentences that eloquently express what I can only feel.

I pull them out on days when my head and heart are doing battle and I can’t find any middle ground.

Reading reminds me I’m not the first soul to travel this way.

Others have been here before and left breadcrumbs.

Read the rest here: Words For a Wounded Heart

One of the most devastating aspects of child loss is the overwhelming feeling that NOTHING makes sense anymore and that I have absolutely NO control.

Choosing helpful habits and actions gives me a way to regain dominion over a tiny corner of my world.

And that little bit of action strengthens my spirit and helps my heart hold on.

My hardest grief season begins in November and runs to the end of May.  Thanksgiving through Dominic’s birthday on (or near) Memorial Day are days full of triggers, memories and stark reminders that one of us is missing.

If I could fall asleep November first and wake up in June I’d do it.

But I can’t so I have to employ all the tricks I’ve learned in the over eight years since Dominic ran ahead to heaven to survive those particularly challenging months.

I’ll be the first to admit I’m sassy and sometimes salty.

Popping off a quick one-liner (sometimes at the expense of another) was a dinner table past time when our family included four teens.

But it’s one thing to have inside jokes with those I know well and quite another to blast a stranger or a social media only “friend” because they *dare* to post something that goes against my pet opinion or viewpoint.

One of the things I adore about the online bereaved parent community is how individuals overwhelmingly respond with grace, kindness, thoughtfulness and space for different experiences and opinions.

There may be some mamas that don’t drill this into their children but if there are, they don’t live south of the Mason-Dixon line.

Every time there was back and forth in the back seat or on the front porch and Mama overheard, we were told, “If you can’t say anything nice, then don’t say anything at all.”

Read the rest here: If You Can’t Say Anything Nice….

In yesterday’s post I confessed I can look for excuses not to reach out.

When I feel like what I may say or do might make things worse instead of better it’s particularly intimidating.

Child loss is a uniquely challenging event for friends and family and even when someone longs to “be there” for the bereaved parents or siblings, they are often afraid of doing or saying the wrong thing.

So here are five very practical, very helpful ways to support a grieving parent and their family.

It’s oh, so hard to know what to do when you are watching a heart break.

You want to reach out and make it better, make the pain go away, make a difference.  But it seems like nothing you can do will matter much in the face of such a huge loss.

While it’s true that you cannot “fix”  the brokenness in a bereaved parent’s life, there are some very important and practical ways you can support them in their grief. 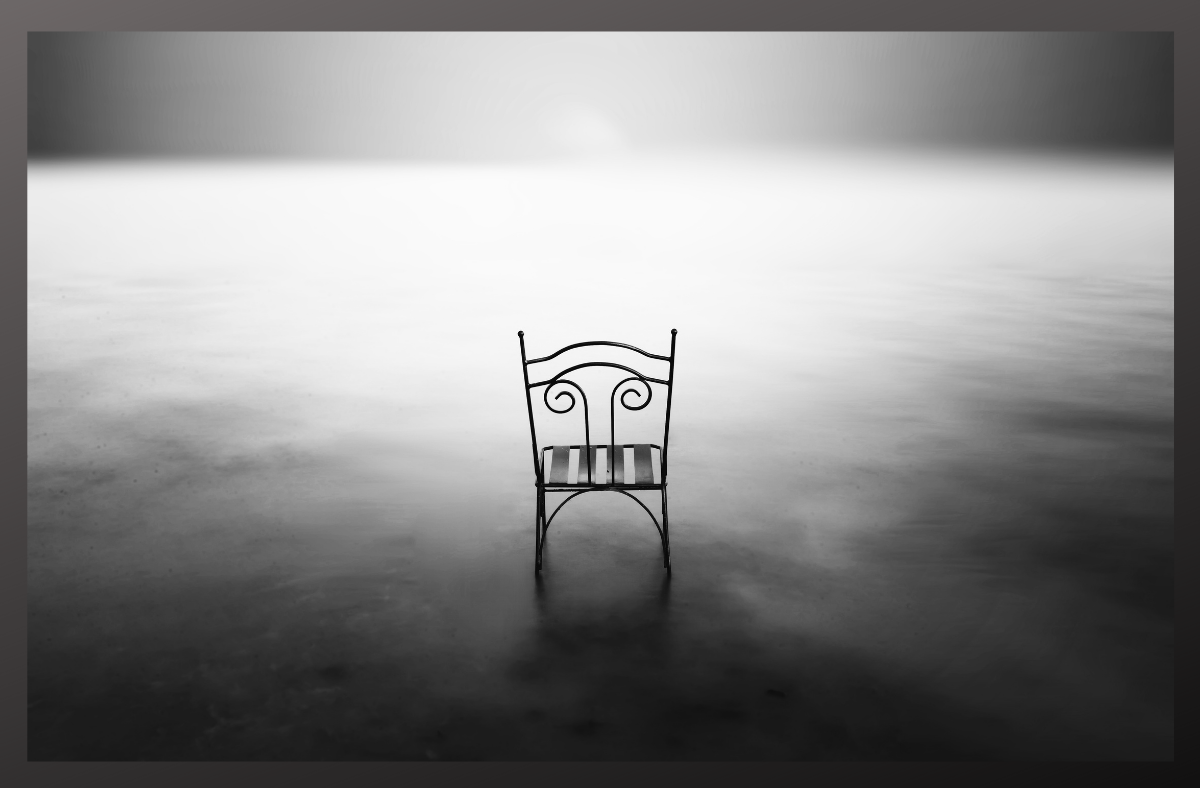 In the first days, weeks and months after Dominic ran ahead to Heaven I was a giant walking nerve-it didn’t take much to bruise my already grievously wounded heart.

As time progressed, I learned to accept the intention behind a comment or action even when it fell flat or hurt instead of helped.

Before I lost Dominic, I know that I, like others who had never experienced the death of a child, undoubtedly said and did things that were hurtful instead of helpful.

Loss will enter everyone’s life at some point–there is no escape.

We educate ourselves (as we should) on so many issues–work hard not to offend, to understand, to reach out. Bereaved parents don’t want pity, they would like to be better understood.

We did not choose this journey, it was thrust upon us.

I am well aware that not everyone is blessed by an outpouring of love and support in the wake of child loss. In fact, depending on the circumstances, some families are practically shunned.

It breaks my heart every time I hear of such an experience.

Because if there is one thing I’ve learned in this Valley, it’s this: when a heart is shattered, my ONLY job is to show up and do whatever is helpful-even if that means sitting silently and holding a hand.

When I asked other bereaved parents to share the things people did that blessed them in the wake of losing a child, I didn’t expect so many stories of extravagant love–of acts surpassing anything I could have thought of or imagined.

I suppose I shouldn’t have been surprised.

When we lost Dominic, there were many who blessed us in ways that I can only describe as offerings poured into our lives from the bountiful love of Christ.

Read the rest here: Extravagant Love: Tales of Friendship and Encouragement After Losing a Child 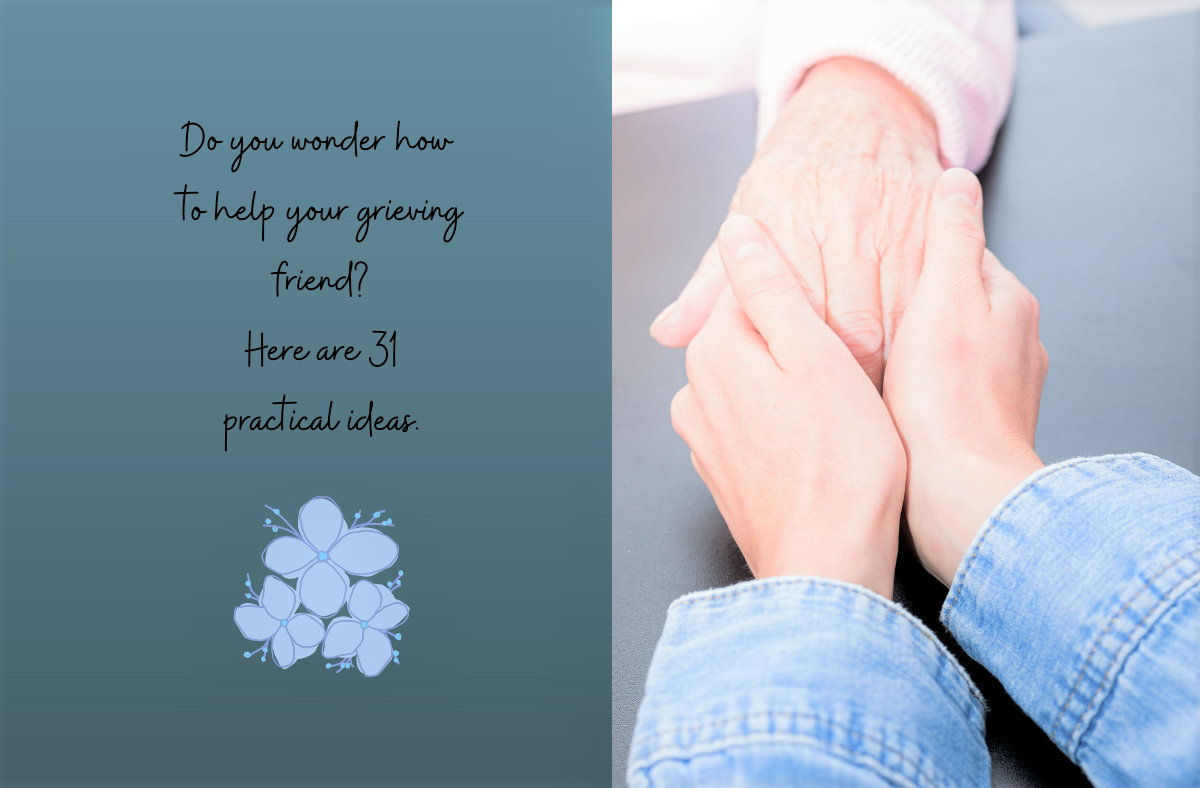 When Dominic died, I didn’t get a manual on what to do.  I didn’t get an orientation into how to be a grieving parent.  So when some people asked how they could help me and my family, I really didn’t know.

A comment repeated often by bereaved parents is, “Please don’t use the phrase, ‘let me know if there is anything I can do’, people mean well, but this is unhelpful.”

Another mom put it this way, ” There are too many meanings to this phrase.  It can mean anywhere from, ‘I really want to help’ to ‘I don’t know what to say so I’ll say this but I don’t really want you to ask’.  Also it’s so hard to make any decisions–trying to figure out what you might want or be able to do is overwhelming.  Instead, offer specific things you can do and make plans to do them.”

For those that want to help, here ia a list of 31 ways you can provide practical and timely help to grieving parents: